A German paper provides norm values for the KINDLR concerning parent-reports for 3 to 17 year olds and self-reports for 7 to 17 year olds based on representative data from the German National Health Interview and Examination Survey for Children and Adolescents (KiGGS).

Standard deviations for the means are provided for parent-reports of 3 to 6 year olds.

Another international paper reports German norm values plus standard deviations for the KINDLR concerning parent-reports for 7 to 17 year olds and self-reports for 11 to 17 year olds based on data from the German Mental Health Module (BELLA Study) of KiGGS.

The following studies validated the KINDLR and additionally provide information concerning its reliability (please note, that the first paper is German):

An earlier German study including pupils from Hamburg reported reference values for the KINDLR based on data of a healthy sample:

Reference values for specific clinical groups of children and adolescents (asthma bronchiale, neurodermatitis and obesity) are reported in the following international paper: 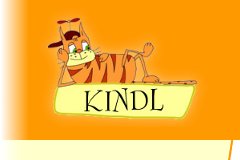